Saint Francis Xavier was born into an aristocratic family on 7 April 1506 in Navarre, a province in northern Spain. A natural academic, he appeared destined to become an intellectual scholar, and at the age of 19 he travelled to France and began studying at the University of Paris. It was there that he met Ignatius of Loyola, a friend 15 years his senior who influenced him to dedicate his life to the service of God.

Loyola and Francis, with five others, founded the Society of Jesus and made their religious vows on 15 August 1534. Almost three years later, shortly after the Pope approved of the new Jesuit order, Xavier was ordained a priest on 24 June 1537. He was then appointed Apostolic Nuncio to the Indies by the Pope and left his home of Lisbon on 7 April 1541.

Francis Xavier visited a number of countries and areas, such as Mozambique in Africa, Ceylon (modern-day Sri Lanka), Makassar and other Indonesian islands, Malacca in Malaysia, and Japan. His biggest mission was to Goa, a state in western India. Francis Xavier devoted his time to travelling by ship to foreign countries and preaching Christianity.

Unfortunately, while travelling to China he fell ill with a fever and died on the island of Sangcian. His life and mission work has seen him recognised as a great saint, due to his success in converting more people to the faith than anyone since the time of St Paul, and also a number of miracles attributed to him. One of the most famous miracles involved a sea crab bringing him a crucifix that he had lost in the sea, one that has been declared valid by the Church. 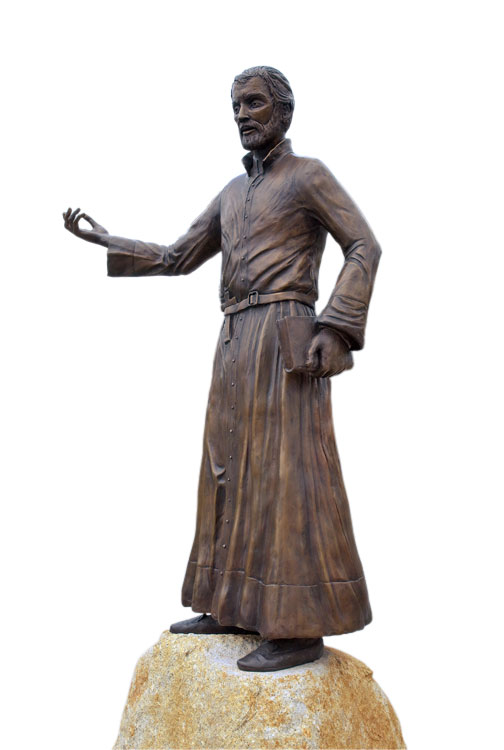