Last week I travelled to the Arts Centre Playbox Theatre to watch 10 of the best Victorian Drama students from last year’s Year 12 Drama course. The best 80 were shortlisted based on achieving top marks, A+, and then had to audition. Only 20 were chosen to perform their self scripted acts.

I was really pleased to be part of the excursion with two other Arts staff and 16 Year 11 and 12 students, who were a little surprised to be joined by their Principal.

Oliver Thompson, in Year 12 this year, was one of those performing. And he was amazing! We were all so proud of him especially, as well as his teacher, Ms Tracey Shields-Anderson

It was a terrific showcasing of the intelligence, performance talent and confidence of students. What was clear to me was the depth of research that was required to excel to such a level.

Years ago, the concept of Multiple Intelligences was developed by Harvard Professor, Howard Gardner. As it was applied to schools and learning it sought to broaden our understanding of what it meant to be smart; not just the traditionally narrow definition which mainly rated subjects like Maths and Science or English/Humanities.

Instead we now see that there are many different ways to be smart. And the 10 students on show last week clearly proved that to be true.

I also read, and not for the first time, that the Arts are going to be incredibly important in the Artificial Intelligence era. Creativity in design, applications and product development will become the new jobs fields for our students as they enter and then move through the world of work.

It is one of the reasons why we are looking to build a new Arts/Technology building at the Beaconsfield Campus to meet the changing and growing needs of senior students. 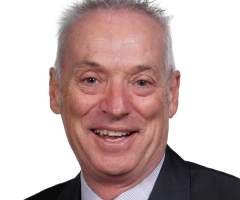